Apple cider vinegar (ACV) is a popular vinegar used for salad dressings, marinades, vinaigrettes, preservatives, and chutneys. Aside from enhancing food quality and taste, however, ACV is also a powerful health tonic that offers several known medicinal and health benefits. As a matter of fact, it has been used for centuries all over the world as traditional medicine and in recent years has become a primary component in the widely known apple cider vinegar detox.

What is an ACV Detox?

It is believed that pure, unrefined apple cider vinegar contains the “mother” which is a colony of 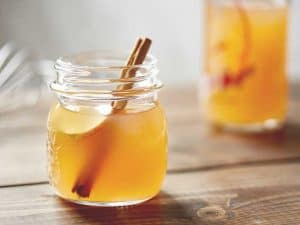 good bacteria, identical to a Kombucha SCOBY, that is highly beneficial to our gut and also packs an assortment of essential vitamins, minerals, and nutrients.

Apple cider vinegar is one of the oldest and most effective remedies in the history of mankind and has been used for detoxification and weight loss since the time of the ancient Greeks. It is even believed that Hippocrates, the founder of medicine himself and the greatest physician during his time, endorsed ACV for its health benefits and healing properties. At the start of the 70’s, ACV increasingly gained world acclaim as more and more researchers and health practitioners started to verify its numerous medicinal and health qualities.

Every day, our bodies flush out unwanted toxins brought about by the foods we eat, the beverages we drink, and the air we breathe in a natural process called detoxification. There are many known organic substances that can aid in detoxification and AVC is one of them. In fact, the detoxification benefits that you receive from apple cider vinegar cover both internal and external aspects of the body such as:

Many people also claim that ACV delays hunger pangs and lowers overall cholesterol levels. There are also studies that point out that apple cider vinegar, when taken regularly, can help combat type 2 diabetes.

How to Make an ACV Detox Tonic

Concocting an apple cider vinegar detox drink is very easy and will only involve mixing these 3 simple ingredients:

You will need to take this drink regularly for a certain duration – from a few days to a full month or longer – to enjoy its full effects. For optimum results, try taking it 3 times every day. It is best to coincide it with your three meals.

The Science Behind ACV Detox

It’s important to note that there are only a few studies conducted on apple cider vinegar especially in its potential as a detox supplement. The majority of the blogs and articles available on the internet are based on personal accounts and opinions rather than hard facts and scientific research.

This doesn’t mean, however, that there are no investigations conducted on apple cider vinegar and its positive effects on health. As a matter of fact, more and more studies and data are pointing to ACV as potentially beneficial to:

As you can see, the scientific researches were only centered on animals or small groups of patients. A bigger and more extensive study on humans is still required to provide more proof of ACD and its potential for combating various diseases and ailments and promoting better overall health in general.

It’s important to remember that apple cider vinegar should be mixed appropriately with purified water so it can become safe for constant use. When taken in raw and unfiltered, it may corrode your teeth or even scorch your mouth and throat.

It is possible to induce pure ACV without diluting it in water but make sure that you gargle your mouth with water afterward. Using a straw may also help combat the acidic effects of the vinegar which can be damaging to the teeth and mouth – just a glass of apple cider vinegar can quickly erode one’s teeth!

And if you are regularly taking certain medicines and supplements, you might want to be cautious in consuming apple cider vinegar. When taken together with diuretics or insulin, ACV may reduce the potassium levels in your body. With that being said, it would be wise to consult your doctor or health practitioner first if you intend to integrate this drink into your daily diet particularly if you are taking the said medications and supplements.

Users also shared some minor stomach pains and also nausea after they first consumed the detox vinegar. You will normally feel them at their worse early in the morning when you have yet to fill your stomach with breakfast.

A more thorough and compelling study about apple cider vinegar as a powerful health tonic capable of remedying various ailments and conditions and enhancing overall health is certainly needed given how few and lacking the existing scientific researches on the matter are. But nevertheless, the overwhelming amount of genuine testimonials and personal accounts circulating on the internet from various people across the globe should be enough to give it a try. And besides, it is mostly safe for use as long as you don’t take certain medications that have been mentioned earlier.

Also, it is best to remember that the most recommended way to detoxify your body and cleanse it from harmful toxins is by eliminating sugars and processed foods in your diet and adopting whole foods like organic fruits and vegetables, whole grains, and healthy proteins.

If you are seriously considering apple cider vinegar and its potential health benefits, it would be wise to talk to your doctor first before you start integrating it into your daily diet, especially if you are currently taking medicines and health supplements.