If you want to get rid of water weight, what do you do? Do you reduce the amount of sodium you intake? Drink less water? Cut down on the carbs? Sure, all of those will be helpful, but not all of them are possible if you want to be getting a healthy diet.

Luckily there’s a great tip from a fitness star on YouTube by the name of Elliott Hulse who came up with a great solution: broccoli! Get the details below.

I’ll start off by saying that this is an extreme diet and shouldn’t be used by everyone. It’s more of a useful tip for when you need to lose a lot of weight in a very short period of time. Think of bodybuilders who are looking to get rid of excess water weight when trying to cut for an upcoming show. Still, there are some tips in here that can be used in moderation for everyone.

How Does It Work?

After that for two days, he goes on three days of a high-fat meat and even more broccoli. He usually eats fatty cuts of meat like beef and pork during these days. 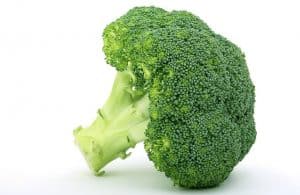 Then following those three days, he has two days (Saturday and Sunday) where he increases his carb intake. He maintains a high consumption of broccoli but goes back to lean meats and protein again. He tries to eat cleaner carbs such as rice and potatoes.

In addition to watching his food intake, he also closely monitors his water intake (we discuss this here). In the first two-day phase, he drinks two gallons of water. In the middle three days, he drinks one gallon, and in the last phase, he drinks a half gallon.

It should be noted that he only does this for two weeks because of the extreme nature of this diet, after which he goes back to a normal healthy diet geared to safer fat loss.

You can see Elliott himself describe this extreme fat loss diet himself in the video below, where he goes into more of the why this works, much better than I can explain. It’s definitely an interesting alternate take on losing weight!