Yes, you read the title of this page right. You, in fact, can eat pizza and still get a ripped, muscular body. The hardest part about building a great body is sticking to a diet, staying away from junk food and fast food and all the good stuff, but what if I told you there was a way you could still enjoy foods like this and get ripped in the meantime?

You probably wouldn’t believe me, but what I’m going to tell you below is totally true, and there is a real story behind it as evidence!

Take a good look at the man below. His name is Matt McClellan, and his story is pretty great. 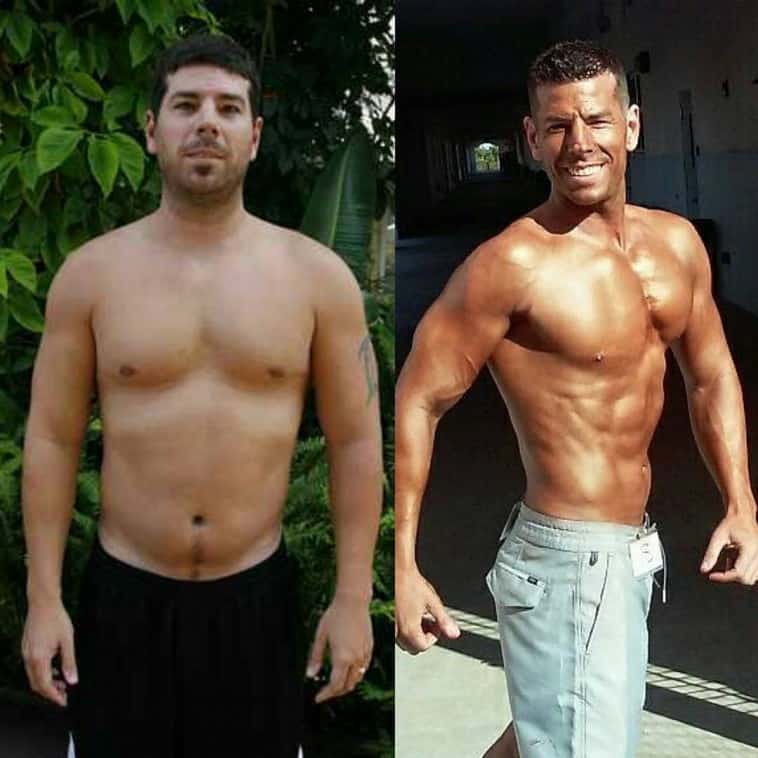 I mean, that’s a pretty incredible physique that most any man would strive for. It’s impressive work to not only cut some fat (he wasn’t terribly fat, but could trim up a little softness) but to also build some nice muscle mass. So what’s his story?

As profiled in GQ, McClellan is a complete outlier against everything that you read about diet and fitness. He decided to take on every notion about what to eat and what not to eat and turn it upside down. And he worked magic in doing so!

McClelland decided to get in shape while maintaining a diet heavy on pizza. It doesn’t come as a surprise that he chose that food, seeing as he owns two pizza restaurants. He decided to take on this diet, and document his results, to defeat the belief that this popular Italian dish is unhealthy.

It is safe to say that he reached his goal. In 2009, at the age of 40, he began a one-month diet where he only ate pizza. Pizza, and nothing but! Can you believe that as a “diet”? Many rolled their eyes just like you probably are as you read this. I will add the caveat that he was healthful in his toppings choices and went easy on the cheese, and limited himself to six slices per day. But still, that’s a lot of bread and cheese to be eating every day.

After his pizza binge for a month, the proof is in the pudding. His weight dropped from 203 pounds to 179 pounds. His cholesterol went down from 243 to 157, and most amazingly he was able to cut his body fat percentage in half – from 19% down to 9%!

Anybody following any kind of diet would love to get results like that in just a month. That he did it on an all-pizza diet is what makes it all the more amazing.

For one, it should be noted that the limitation of six slices per day definitely played a part. But still, pizza isn’t generally the healthiest choice, regardless of how much you eat. He made sure to make wise choices within the realm of pizza: thin crust, less cheese, and no fatty toppings. He also substituted vegan cheese and olive oil-garlic sauce to make sure he got the vitamins and minerals his body needs.

The point is, there is nutritional value to everything you eat. You can have a flexible diet if you are in tune with what you can and cannot eat, and how much of it you can consume. In addition, supplementing your diet with a consistent schedule of exercise can be a tremendous help. It worked so well for McClellan that he actually went on to become a bodybuilder with modest success, while still continuing to eat pizza!