If you have browsed around our different workout programs on here, certainly you have come across the Living Large with Jay Cutler. It is one of our top recommended workout schedules to follow. You can’t argue with the results. I mean, look at this guy’s physique and tell me that this exercise program doesn’t work! 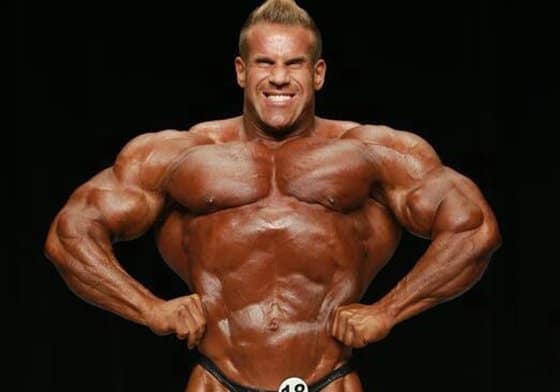 Now that you see what he looks like now, the real proof of the efficiency of this program is to give you a bit of a “before and after” to show how it transformed him to the beast he is today.

How Jay Cutler Got Big

If you want the full biography on Jay, I recommend you take a look at his Wikipedia page that tells his story better than I can. In short, he started bodybuilding when he was 18 years old, but laid the foundation (quite literally) starting at the age of 11 while working at his brother’s concrete business.

His success in bodybuilding dates all the way back to 1993, which makes it insane how great of shape he’s still in today, 25 years later. He was still placing highly in competitions as recently as 2013. Absolutely incredible achievements for this icon of the bodybuilding industry.

To really illustrate his longevity in the bodybuilding world, just take a look at his placing in the Mr. Olympia competition, the gold standard of the industry, over his long career:

Who can argue with that track record of success?

Anyway, what this page was about is the transformation he has undergone through the years to become the giant that he was in his competitive years (and remains today, just not in a competitive field). Luckily for us, a video was put together that shows him all the way from age 5 up to age 43. The growth is awe-inspiring to watch.

One thing is for certain – to build a body like Jay Cutler’s, it takes time and commitment. You can see four decades’ worth of growth in the video above. It doesn’t happen overnight. And as I say this about bodybuilding, I could say the same about any diet or fitness goals as well. Losing weight isn’t an overnight thing either.

Sure, genes play a bit of a role when it comes to determining your body shape and composition, but proper diet, nutrition, training, and coaching will make a world of difference and are the true engines to transform your body.

Whatever your goals are for your body, whether it is to gain weight and build muscle, or to lose weight and burn fat, you aren’t going to get there without dedication to the cause. Look to Jay for some motivation on what can be accomplished with some hard work!

Related reading: Check out other workout programs we recommend!