I was browsing around Google News today, as is my norm in the morning, for any updates on diet and fitness that could be helpful for my life as well as to share with my readers. I came across this article on BBC that had an interesting recommendation for those who struggle with obesity.

How Shakes and Soups Help Obesity

The main crux of the article was that diet replacement programs that are comprised of low-calorie shakes and soups have proven to be much more effective in weight loss for obese people than those who are given standard dietary advice such as just eating healthy and exercising more.

A study was conducted by the University of Oxford that showed that the results were drastically different between the two – as much as three times more weight was lost by those who followed this kind of diet. Three times! In addition to that, they also reduced their risk of heart disease and type-2 diabetes.

However, it comes with a caveat that these results are only effective and long-lasting if these eating habits are changed for good. Switching over to these shakes and soups will bring your weight down during the period of this diet, but you need to stick with it long-term for the results to maintain. 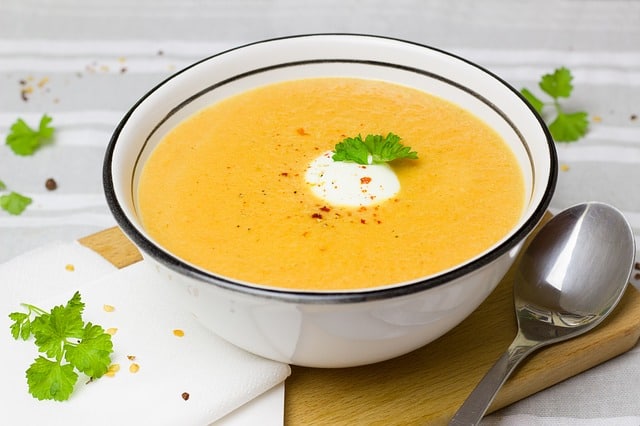 Participants in the study had a body mass index (BMI) over 30 or greater, making them clinically obese, and were put on a total diet replacement program. In this diet they had their calories reduced and replaced much of their food intake with specially formulated shakes, soups, and other healthy snacks. They were also given milk, water, and fiber supplements.

Half of the participants followed this program for 8 weeks and then gradually reintroduced normal food over the course of 4 weeks afterward. They also underwent counseling from a trainer to help them stay dedicated to the diet and their weight loss goals. This continued for 24 weeks, long after they were off the diet program.

The other half of the study subjects were given normal weight management advice. During the study, those who followed the diet replacement program lost weight at every stage and lost an average of 23 pounds over the course of a year. Those in the other group lost an average of 7 pounds.

In addition to the weight loss, there were significant differences between the two groups in terms of blood pressure and cholesterol, with the diet program subjects having more improvement in these areas. Those were on diabetes medication were also able to safely lower their dosages during this time.

I have a couple takeaways on this. For one, it seems like replacing some of your meals (not all, you still need solid food) with healthy shakes and soups can be a great way to get your calories in a more healthful way.

Second, I think that the biggest thing that helped them lose weight was the counseling with a trainer. Some people can have a tough time going it alone, lacking the willpower to stick with healthy eating habits. Having that accountability to stay on track and change your diet for good will bring the best results. Just like having a swolemate will keep you going to the gym regularly!

In the end, the best way to lose weight is to adopt a healthier lifestyle in terms of diet and exercise and, most importantly, stick with it!

Our resident "workout warrior", Chris lives and breathes diet and exercise and is passionate about sharing his expertise with the readers of DietPillReviews.com. When he's not in the gym or the kitchen, you can find him spending time with his family, enjoying long bike rides, camping, and enjoying local breweries as a reward for his hard work.