When I put together my reviews all of the best testosterone boosters on the market, there are a number of benefits that I talked about more often than not:

However, it seems like there is one major health benefit that was recently studied that I neglected to mention (rather, I didn’t know it at the time) that can be another great reason to start supplementing with testosterone – warding off prostate cancer.

What’s the Relationship Between Testosterone and Prostate Cancer?

I got news of this health development from this press release I found on eurekalert.org.

While the study that brought this news is from a US research facility, the news comes to us from Europe as it was presented at the European Association of Urology congress in Barcelona recently. 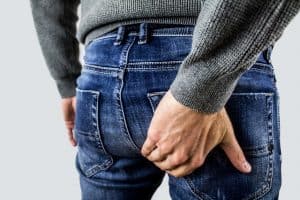 US researches conducted the largest study of its kind recently to measure the effects of testosterone replacement on low-risk prostate cancer patients. It was long thought that an increase in testosterone could lead to an increased risk of prostate cancer, however, it was found in their study that the introduction of this hormone actually decreased the risk of recurrence in patients afflicted with this disease.

The previous thinking about the link between prostate cancer and testosterone was so firmly entrenched and accepted that it actually awarded a Nobel Prize for Medicine to two researchers in 1941. Their research linked the reduction of testosterone and how it lowered the risk of prostate cancer. Ever since then, medicines that lower testosterone levels have become the standard method of care for patients.

Later on, however, in the 1990s and 2000s, it was found that men who died prematurely after having prostate cancer were not dying from cancer itself. Rather, they were dying from cardiovascular issues. While the anti-testosterone medicine they were given was helping with the prostate cancer, it was worsening complications that they had in regards to heart, blood, and lung health.

Beginning in 2008, doctors from the University of California Irvine selected prostate cancer patients. Of the 834 patients that were in the study, 152 of them were given testosterone replacement therapy. There was no detail on what kind of booster they used, but I wonder if one of my favorites like TestoGen was involved. After an average of 3 years after they had prostate cancer surgery (a radical prostatectomy), they measured the biochemical recurrence of cancer. It was found that only approximately 5% of the treated patients had the recurrence of cancer, while among those patients who did not receive testosterone, the level of recurrence was around 15%.

The leader of the team of doctors, Thomas Ahlering, had this to say:

“This is not what we set out to prove, so it was a big surprise: not only did testosterone replacement not increase recurrence, but it actually lowered recurrence rates. While the testosterone is not curing the cancer per se, it is slowing the growth of the cancer, giving an average of an extra 1.5 years before traces of cancer can be found. We already know that testosterone can help with physiological markers such as muscle mass, better cholesterol and triglyceride levels and increased sexual activity, so this seems to be a win-win

He goes on to say that while other similar studies had been performed before, this was the largest of this type to be conducted.

The data indicates that certain patient groups (not all patients, but particularly those with low risk) may actually benefit from testosterone. 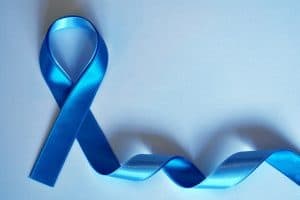 It is not concrete enough yet to suggest that current treatment methods need to be changed, but it does raise the question of whether there should be a taboo against the use of testosterone in the treatment of prostate cancer.

They continue to stress the point that patient selection is vital in this regard. Again – it is not recommended for all patients of prostate cancer, but those who have had a radical prostatectomy and are suffering from sexual disorders, this hormone may improve their quality of life.

I also wonder about the applicability of this is a precursor to prostate cancer. Since it helps to lower the risk of recurrence of prostate cancer, may it also help to prevent it from occurring in the first place? The next time you mix up some of your favorite t-booster like Prime Male, there may be more health benefits than you previously thought!